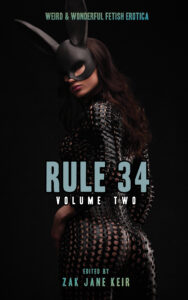 More stories from the outer edges of erotica…

There is probably nothing in this world that isn’t a source of arousal for someone, somewhere.

These ten stories will excite you, unsettle you, and almost certainly surprise you. You may even be inspired to experiment a little more in your own bedroom – or kitchen, or bathroom, or carpark. Who knows where an active imagination might lead? 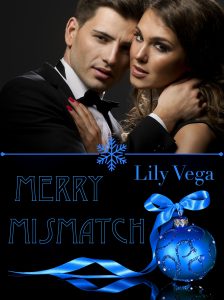 This fun-filled romance delivers a dose of holiday mayhem.

No one gets under edgy party girl Zara’s skin like Aaron, the stick-in-the-mud director of finance. His budget cuts jeopardized her project, putting her video game on the company’s chopping block. Scoring an invitation to Windy City Gaming’s holiday retreat to pitch the benefits of her project might be the perfect solution. All she has to do is keep her mind in the game and not on his annoyingly sexy physique. Easier said than done when they end up sharing a dollhouse-sized cabin in the woods.

Aaron is shocked when his ex-girlfriend’s quest to eliminate the competition gets Zara fired. He must convince her of Zara’s value to the company, while keeping his growing attraction to the quirky gamer wrapped tighter than a Christmas gift.

Alistair, a human by day and a stone gargoyle by night, goes along with a scheme that could break his curse, but he risks losing the woman of his dreams.

After being burned by love, Kendra sets her sights on her employer’s hunky gardener for a down-and-dirty romp. Their physical connection has the potential to be the emotional rescue they both need, until Kendra discovers the secrets Al’s been hiding. 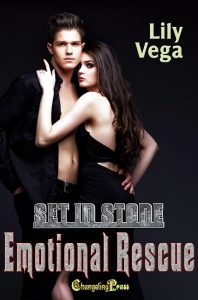 Going All In – A 1Night Stand Story

Going All In won second place in the 2015 OKRWA International Digital Awards contest.

Ian Harding didn’t gamble on getting expelled from the poker room for defending a gorgeous cocktail waitress. Another loss and he’ll be forced to face the past he escaped to Sin City to avoid. But Lady Luck is finally on his side when he wins a date arranged by the 1Night Stand dating service.

Jaded by the men she meets at the casino, Kira Marchi bets on Madame Eve to set her up with the right guy to work through her sexual bucket list. When her date turns out to be the sexy poker player who came to her rescue in the poker room, she can’t wait to get started on that list.

One night isn’t enough for Ian or Kira, but he has a past to face and she doesn’t think a future for them is in the cards. Can he convince her to go all in?

Gideon’s hot for his Chemistry teacher. When he concocts a love potion to seduce her, will he get the reaction he desires?