I’ve been tagged by Sahara Roberts to join a group of talented writers in the Meet the Character Blog Hop. I am pleased to introduce you to Blake Owens, the hero of DEVIL INSIDE (August 2014).

Sahara Roberts is the author of DESIRE & DECEPTION (May 2014). 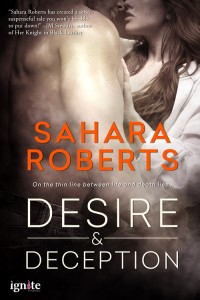 Tessa Marshal agreed to make her last night in Mexico memorable, but she didn’t expect that to include being dragged out of her car in the middle of the night. She wakes up to find herself bound on the floor of a cartel safe-house, having to account for her part in a double-cross.

Kristopher “Kris” Harmon has spent years climbing the ranks within the Mexican cartel. He walks a tight line between vicious drug runners with agendas of their own and working with the cartel leaders he’s trying to organize. Any distraction could prove fatal for him.

Their worlds collide when Tessa is mistaken for a drug mule and taken captive. As time runs out for both of them, Tessa has to reach beyond her fears and trust a stranger while Kris must choose between his lifelong ambitions and saving Tessa’s life. If they want to survive, both must trust that there is more to the other than what meets the eye.

Sahara Roberts caught the writing bug early in life. She enjoys writing Romantic Suspense and Contemporary Romance. Her days are filled with international trade issues (the legal kind) and her evenings writing steamy romance. When she’s not at her usual hangout, Savvy Authors, she enjoys socializing on Facebook, Twitter, GoodReads, Google+, Pinterest and her website, or catching up on TV shows. She’s an avid fan of Castle, NCIS, Supernatural, Big Bang Theory, Justified, and The Walking Dead (Following Daryl). Sahara lives in South Texas with her husband and two very spoiled cats. She enjoys cooking, baking, and cake decorating, but she would certainly prefer to have someone else do the dishes.

Now to introduce you to Blake, the hero of Devil Inside (Changeling Press, August 2014) 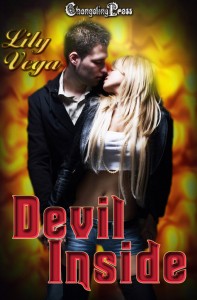 Who is Blake?
Blake is a fourth generation demon from the second circle of hell. He takes the term “sexy devil” to the next level by actually possessing horns and a tail.

Where does Devil Inside take place?
Devil Inside is set in Chicago. The opening scene takes place at a Halloween party in a glitzy downtown hotel.

What won’t Blake talk about?
Blake doesn’t like to talk about his divorce, He loves his son, Chad, but he regrets not telling his ex-wife, Natalie, of his demon heritage before she got pregnant. He blames the omission for the dissolution of their marriage and for her lingering resentment.

Blake’s Goal:
Blake has been repressing his demon nature in an effort to convince Natalie to increase his visitation with Chad.

The problem:
Arianna Prince, dressed in a sexy angel costume, is a genuine damsel in distress. She believes her immediate future involves sex with a creepy shifter and death while giving birth to its offspring.

Blake may be just the guy to give Arianna pleasure beyond her wildest dreams and save her from her stepmother’s deadly plans.

Where to find Devil Inside:
DEVIL INSIDE is available exclusively at Changeling Press and will be available at all major retailers soon. https://www.changelingpress.com/product.php?&upt=book&ubid=2279 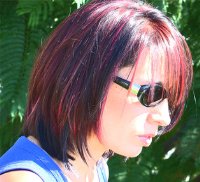 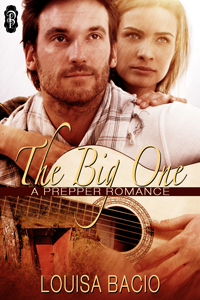 The Big One, available now from Decadent Publishing
The last thing marketing assistant Kayla Morgan expects to do on a Friday morning is give a tour of her emergency shelter to a flighty rock star. When her boss orders her to play nice, she acquiesces.

Sebastian Cox, lead singer of The U.K. Underground, finds the American bird with the bunker in her backyard more than wacky, but the band’s looking for a location to shoot their latest video.

When an earthquake strikes, the unlikely couple gets trapped and finds a few ways to keep themselves busy. Once reality sets in, will their differences leave them on shaky ground? 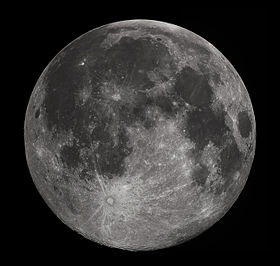 Kenzie Mack transplanted from the mid-west to California in 2013. Kenzie mistook the recent drought for part of the sunny Cali climate package. Recent rain has shown there can be gray days here. She does not miss the snow.
A lifelong lover of reading and writing, Kenzie decided it was time to take the indie path into publishing. The road wasn’t easy. Finding a great cover artist, an editor and formatter, along with the other aspects needed for the production of a book brought tears, aggravation and sleepless nights. The learning pains were many, but the end product warms her heart every time she sees the cover.
Would she do it again? You, betcha.
The second book in her moon series is slated for a September release. If you have never tried a reader’s choice tale, please consider this one.
Thank you for stopping by and supporting an indie author.
Check out the web page – http://www.kenziemack.com/
Facebook – https://www.facebook.com/MsKenzieMack
Goodreads – https://www.goodreads.com/author/show/8365240.Kenzie_Mack 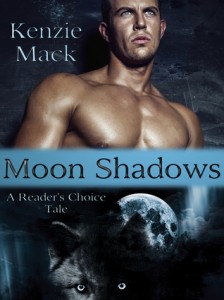 What starts out as a routine jog becomes a run-in with fear, when John is surrounded by a pack of larger than life wolves. He doesn’t have time to wonder how these creatures arrived in non-wolf country, California. They do not look friendly and he would like to stay alive.

Soon his life and reality are forever changed. Who knew his run in with death would be followed by love?

This book is an adult tale. It offers a reader’s choice to pick this strange pack’s alpha. Do you prefer a She-Wolf or a He-Wolf? Or perhaps you’d like to read both options.

How steamy is too steamy? The heat level of this adventure is placed in your hands. Read John’s journey in its entirety. Or skip past the hotness to the happily ever after.

Reader’s Choice gives you control. Enjoy reading the way you like it. Or try it with a twist.